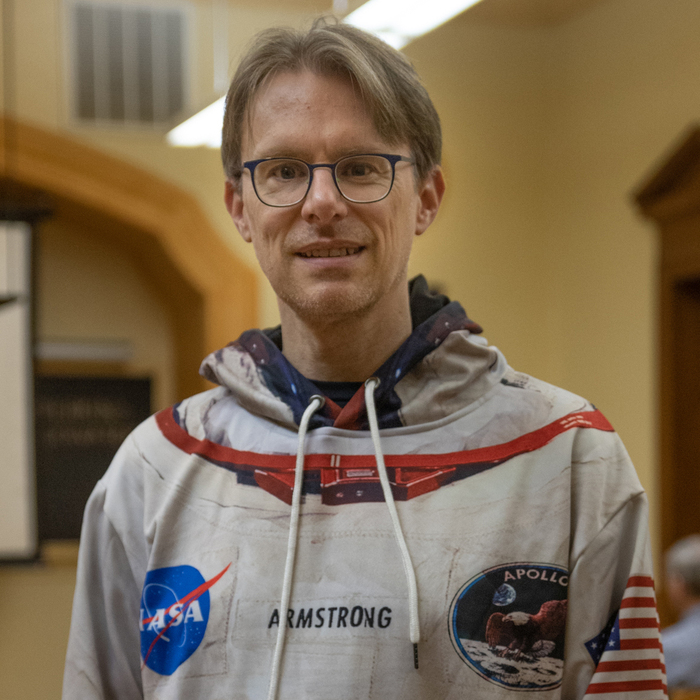 The John Glenn Astronomy Park began with a question:

“Is there some place my family and I can go to stargaze on our own?”

Throughout most of history, humans have been inspired by the wondrous sight of a night sky filled with stars. Our stories and mythologies have been mapped upon the patterns of the stars. Our calendars, festivals, and agriculture have been linked to the movement of the heavens. In recent times, a view of the night sky has been the inspiration in many young people for lifelong passion for science in general.

Sadly, however, the lights of our modern world have, in recent decades, put our view of the heavens behind a veil of artificial light. Most of us live under a sky that gives only a pale, washed out hint of its former beauty.

The John Glenn Astronomy Park (JGAP) was designed to give members of the public access to our universe. Located well away from city lights, the views from its Plaza and Observatory are uncommonly pristine. On a clear, moonless night, visitors can see stars and, in the summer and fall months, the delicate glow of our home galaxy, the Milky-Way. At one of our public observing programs, the views, through our 28” “Wow!” telescope, can go even deeper.

The design of the outdoor Plaza at the John Glenn Astronomy Park draws on the knowledge and practice of countless generations of humans who marked the important changes of the seasons through the motion of the sun. Those people built great structures, like Stonehenge in England, the Chaco Canyon Kiva in New Mexico or many Hopewell and Fort Ancient Earthworks in Ohio, that marked the passing of time. Like these great structures, our plaza has been designed to allow the rays of the sun to fall upon a central point on the first day of each season.

The Plaza also incorporates knowledge that our ancient ancestors did not have: the astonishing size of the bodies in the solar system are modeled in our plaza.

Since our grand opening, on the first day of summer in 2018, tens of thousands of visitors have looked through our telescope, or one of those manned by our volunteers, gazed upon the moon, the planets, the sun, and the stars beyond. Our Plaza is popular with amateur astronomers of all skill levels, from those who have just bought their first small telescope, to those who produce astonishing images of celestial objects with their astronomical equipment. JGAP has been particularly popular with landscape photographers, who enjoy taking images of a starry night sky with common consumer cameras.

Where can you go to observe the sky on your own? You can go to the John Glenn Astronomy Park.

We hope you enjoy it and are inspired by the views of the universe there.